ECC College Cup Day 1 Recap and Things to Do!

Northford, Conn., - The East Coast Classic Tournament’s annual College Cup spectacular, kicked off Friday across the Constitution State as over 50 clubs took to the ice at six arenas throughout south central Connecticut. 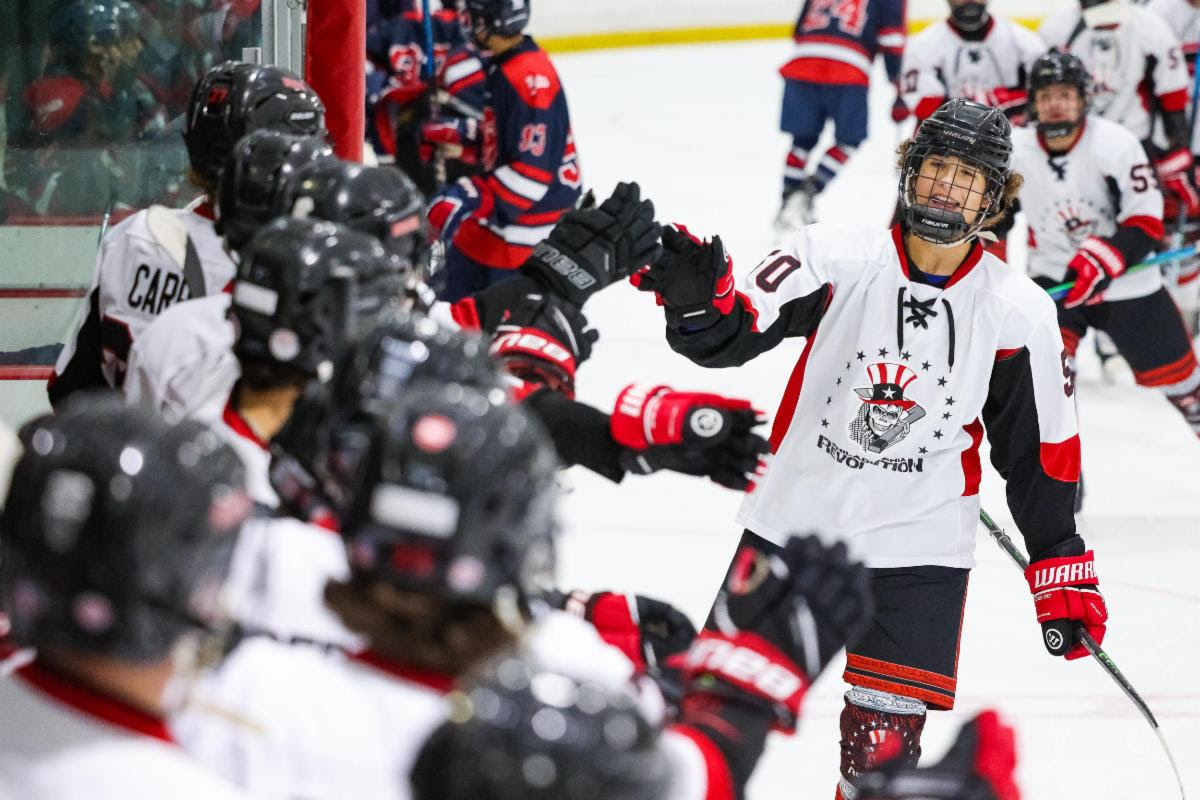 While the College Cup action heats up the ice during Day 2 today, several teams visiting the area are taking advantage of some unique opportunities Saturday away from the rink. Some squads are headed to the Yale Bowl to enjoy a college clash on the historic gridiron as the Ivy League-leading Yale Bulldogs, winners of three in a row, host Bucknell University at noon. Meanwhile, other clubs are bound for the XL Center in Hartford in the evening to watch Hockey East contender UConn square off with Big 10 power Ohio State. Still others are touring local Division 1 and Division 3 college and university campuses as well as their hockey facilities during the day.

East Coast Classic Tournaments events most definitely lend themselves to much more than just another day at the rink.

Now, take a look at how the divisions start to take shape after day one.  Make sure to share your team highlights, pictures and videos for us to share!  Email Admin@ECCTournaments.com.

Thanks to a hard-fought, 2-2 tie in its second game of the day, Elite Hockey Academy sits a point ahead in the standings of the Hartford Wolfpack and Whalers, who both posted Game 1 victories. The Canadian International Hockey Academy of Rockland, Ontario, and East Haven are also eyeing a spot in Sunday’s semifinals after playing to a draw in their openers.

The Amherst Knights and New Jersey Devils emerged as the lone winners on Friday in this five-team division with identical 4-0 victories. The two combatants are slated to clash Saturday afternoon in Hamden. Meanwhile, the Wonderland Wizards join the fray early on Saturday morning after enjoying a Day 1 bye.

Canadian International Hockey Academy of Ontario overpowered the South Westchester Blackhawks, 5-1, and temporarily sits in first via tiebreakers above Hamden, 4-3 winners over the CT Riverhawks. The two square off in an early-morning battle Saturday in Hamden’s home building.

Elite Hockey Academy and Philadelphia Revolution held off the Day 1 competition, each posting a pair slim victories. Both clubs are slated to tangle against a talented Academie Saint-Louis Arsensal of Quebec City, Quebec, on Day 2.

Still a lot to be sorted out in this division on Saturday, but the high-scoring Worcester Railers and MidFairfield Junior Rangers look destined to clash sometime during Sunday’s playoffs round. Meanwhile, both the 95 Giants and Elite Hockey Academy Prep squad remain in contention for a playoff spot, each recording a pair of Day 1 ties.

Kuper Academy blanked Atlantic Coast Academy, 5-0, to take hold of the top spot in the standings thanks to tiebreakers after Round 1. The Springfield Pics, Philadelphia Revolution and Yale Bulldogs also recorded opening-day victories, setting up several intriguing Day 2 matchups.

The Academie Saint-Louis Arsensal sat out the early action but were able to witness Kuper Academy of Kirkland, Quebec, shut down a feisty Philadelphia Little Flyers club, 4-0, in the division’s lone Friday contest. The Arsensal take on both opponents on Saturday ahead of Sunday’s jamboree-style playoff round.

This will be the most accurate schedule.

If you have any questions or concerns, please email us! Now let's play some hockey!